When wine geeks get together and analyze wines, you’ll often hear them talking about pyrazines. Just last week I was at a tasting when one of  the members swirled his glass, took a sip, gave a condescending glance at the wine and smugly declared, “Hmmm…. I can’t tell if I enjoy this Sauvigon Blanc because I find that the pyrazines are overwhelming my palate.”

As soon as I hear a sentence like that, my wine snob radar starts going off! It’s one of those terms that people like to use to lord their wine knowledge over others. While it may sound intimidating, it’s actually quite easy to understand.

If you want to get really nerdy, pyrazine is a heterocyclic organic compound present in wine. 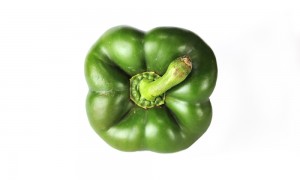 For the rest of us, pyrazine refer to the green or vegetal flavors that you pick up in wine.  It’s most commonly used when referring to the grassy, green pepper, and jalapeno notes that you find in white wines, but can also be expressed as olive, dried sage, dried oregano, and other vegetal flavors you find in certain red wines.

What are examples of pyrazines?

Pyrazines are most noticeable in New Zealand Sauvigon Blancs

If you want a classic example of pyrazines in wine, open a bottle of Sauvigon Blanc from New Zealand and take a big whiff. You’ll immediately smell grapefruit and bell pepper. That very distinct bell pepper note is caused by pyrazines. It’s also present in Cabernet Franc where you’ll notice lots of dried vegetable aromas.

So until next time, start trying to notice those pyrazines and decide for yourself if that’s a note you enjoy in wine. And whatever you do, don’t throw the term around too much. Nobody likes a wine snob!