Have you ever noticed those slender bottles at the end of the wine aisle and wondered what they are? Maybe you’ve even picked up a bottle

and noticed it says Late Harvest Riesling or Late Harvest Zinfandel. What does that mean and how what makes them so special? Read on to learn more about the sweet, sweet world of late harvest wines!

END_OF_DOCUMENT_TOKEN_TO_BE_REPLACED

Let’s face it. There’s nothing more intimidating than walking through aisles and aisles of French wine and trying to select a bottle. We all know that France is the unudisputed king of the wine world- home to some of the most legendary chateaus in history. Yet when it comes to understanding which to select from all the options, most of us aren’t astute enough to translate what’s in the bottle and if it’s any good. The labels are completely in French, the bottles look dramatic, and some cost a lot of money. It’s no wonder French wine is so intimidating!

Most people get so discouraged that they never even consider French wine because they think they’ll never understand it. This post will show you that there’s no need to be intimidated. In fact, understanding French wine is simple once you know how to read the label.

END_OF_DOCUMENT_TOKEN_TO_BE_REPLACED

Ever see one of these and wonder what it is? It looks like someone took a vase and poured wine in to it! What the heck are they and what is it for?

You may already know that that vase is actually a wine decanter, but what is it used for? 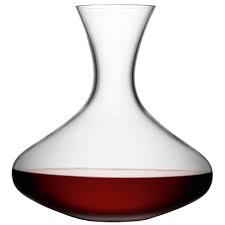 Wine decanters come in different shapes and sizes and are used to help the process of exposing wine to oxygen before it’s consumed. This is called decanting and is sometimes called “letting the wine breathe”.

Why decant a wine?

Some bigger, more tannic wines are a little harsh when they’re first opened. Remember, it’s been tightly sealed in that bottle for years and now it’s exposed to the outside world. Having a sip immediately wouldn’t do it justice. About an hour after being exposed to oxygen it starts to mellow out.

END_OF_DOCUMENT_TOKEN_TO_BE_REPLACED

When wine geeks get together and analyze wines, you’ll often hear them talking about pyrazines. Just last week I was at a tasting when one of  the members swirled his glass, took a sip, gave a condescending glance at the wine and smugly declared, “Hmmm…. I can’t tell if I enjoy this Sauvigon Blanc because I find that the pyrazines are overwhelming my palate.”

As soon as I hear a sentence like that, my wine snob radar starts going off! It’s one of those terms that people like to use to lord their wine knowledge over others. While it may sound intimidating, it’s actually quite easy to understand.

END_OF_DOCUMENT_TOKEN_TO_BE_REPLACED 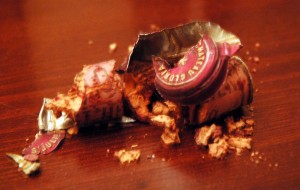 If you hang around wine people long enough, you’ve probably heard the term “corked” thrown around once or twice. Way back when, I thought corked meant that you didn’t finish the bottle, so you put the cork back in to save the rest for later. I thought a corked wine meant that I was showing self-restraint when tempted to drink the entire bottle! This was not the case. To save you from the same embarassment, let’s look at what a corked wine is and how to identify it.